The National Survey on Drug Use and Health (NSDUH) is the country’s most widely respected  authority on drug abuse in America. It just 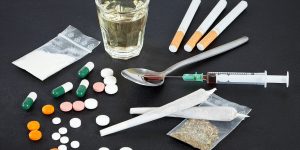 released the latest drug abuse results based on Americans age 12 and older.

Americans using illicit drugs grew from 47.7 million to 57.2 million in the past 4 years. These numbers were reported pre-COVID.  So, it is likely that the stresses caused by Covid may accelerate the growth of drug abuse even more rapidly.

Now, more than ever, employers and parents need to be vigilant in their stand against drug abuse.

Not surprisingly, the decriminalization of marijuana in many states has driven a dramatic increase in usage; especially among youths.  Marijuana continues as the number one most widely-abused drug category.  Users have almost doubled from 26 million in 2002 to over 48 million in 2019.  Daily usage continues to rise.

Drug Abuse in the Workplace:

The latest Drug Abuse Research reports that workplace drug abuse has hit a 16-year high.  Marijuana use has doubled.  Methamphetamine increased 12% in the past 5 years.  Substance abuse and mental disorders continue to be closely linked.

Drug abuse in the workplace can result in astronomical employer costs.  That’s because it results in  workplace accidents, excess tardiness and turnover, employee theft, workers’ comp, and lower productivity.