Everybody knows that combining drugs can be risky business.  Unfortunately, some are finding the Opiates and Benzos mix lethal.  In fact,

the State of Ohio switched to an Opiate / Benzo cocktail when they had supply problems obtaining the drugs they normally use for execution.  Gruesome.

Traditionally, we thought of opiates as Morphine, Codeine, and Heroin. But today, Doctors prescribe scores of semi-synthetic and synthetic

Fentanyl is the latest, and most potent, opiate being used and abused.  It goes by the names Abstral, Actiq, Duragesic, Fentora, Haldid, Sublimaze, and others.  Fentanyl is as much as 50 times more powerful than Morphine.  Drug cartels are using Fentanyl as a substitute for heroin as it can be purchased cheaper from China 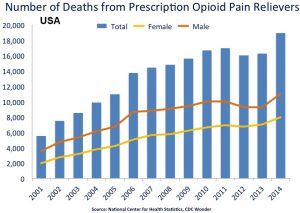 versus processing poppy plants into heroin.  In addition, they also use it to spike other drugs they distribute.  An example, Prince is a recent victim.  His Norco turned out to be Fentanyl.

Benzos (benzodiazapines) have taken the place of an older drug class known as Barbiturates.  That’s because Benzos are a bit safer to administer.  Barbiturates like Phenobarbital contributed to the deaths of many in the 1960’s and 1970’s.  For example, Elvis Presley, Jimi Hendrix, Judy Garland, and Marilyn Monroe were victims.

The DEA lists Benzos as a  Class IV Substance with a high potential for abuse and addiction.  Women and the elderly are especially vulnerable.   Benzos treat maladies such as anxiety, muscle spasms, alcohol withdrawal, seizures, insomnia, and panic attacks.

In 2014, The American Society of Addiction Medicine reported on almost 19 thousand opioid-related deaths in America.  Half of those deaths were due to a mix of opiates plus another drug; most typically Benzos.  http://www.asam.org/

Either drug can kill you by themselves.  But together, your odds of survival worsen.  Over-sedation is common.  So you are unable to respond or wake up.  Or, you fall down.  Or fall asleep at the wheel and crash.  Often, you slip into a coma. 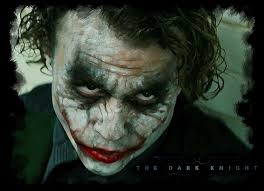 Both drugs depress breathing.  Your brain starves for oxygen.  Your organs shut down.  You die.

Opiate abusers develop a tolerance.  So, their drug delivers less and less pleasure over time.  Benzos act like an amplifier.  So, an opiate abuser who develops a tolerance can add Benzos to boost the affect back up.

Also, people can become victims without the intent of abuse. For example, you might be taking an opiate long-tern for pain management.  You develop insomnia or panic attacks.  So. a doctor prescribes a Benzo.  End of story.

Get help if you are an addict.  Just do it now.  Because nobody else can do it for you.

If you are with a person who overdoses, call 911 immediately.  Stay with the person and try to keep them engaged until help arrives.