Many business owners don’t recognize the risks associated with having drug abusers on their payroll. So, they figure “Whatever my employees do on their own time is their business.  Therefore, it has no effect on my business”. However, research tells the opposite story. Fact is, drug abusing employees put your business at risk. Here are 5 examples.

Workplace accidents can be extremely expensive. In fact, they can even cause the loss of a business altogether. In 2004, OSHA estimated the direct costs of the average workplace accident to be $28,000. Estimates of indirect costs increase that number anywhere from two to tenfold. Drug abusing employees are 3.6 times more likely to be involved in workplace accidents. (National Institute on Drug Abuse study by Thomas E. Baker).

Business owners are painfully aware of the direct and indirect costs of absenteeism and turnover. Full-time workers age 18-49 who reported current illicit drug use were more likely than those reporting no 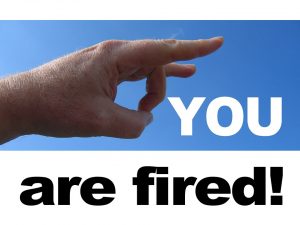 Similar results were reported for employees who were heavy alcohol users. (“An Analysis of Worker Drug Use and Workplace Policies and Programs, Substance Abuse and Mental Health Services Administration, DHHS. Rockville, MD.)

In closing, when you look at these 5 ways that drug abusing employees put your business at risk, a few dollars for drug testing looks like a mighty smart investment.