Thankfully, the contentious 2016 election is finally behind us.  However, many questions remain. Among them are issues regarding employers and legalized marijuana. For example, Proposition 64, the newly ratified law in California.   CBS News affiliate KOVR interviewed JumpStart Security’s President, Jeff Hastings, about employers and legalized marijuana on Friday, November 11, 2016.

California decriminalized marijuana 20 years ago in 1996 with Proposition 215, The Compassionate Use Act.  Voters bought it as a way to ease the pain and suffering of those with chronic illnesses. Who could oppose that? 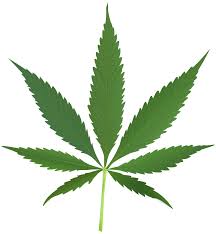 But, it actually proved to be a stalking horse for outright legalization.  You can get a “medical” marijuana card in California in under two minutes without seeing a physician.  It takes longer to get a library card.

The “medical” marijuana card is simply a “get-out-of-jail-free” card for substance abusers.  A whopping 25% of whom are under age 21.  Research shows only 2% of card holders are chronically ill.  Not-so-unintended consequences.

Naturally, pro-marijuana interests / investors wrote the new recreational marijuana laws.  They wrote them to permit the creation of new businesses to mass market, advertise, and sell marijuana to consumers.  That’s because there are billions to be made in the new marijuana industry.

Not too surprisingly, the laws do not account much for issues such as highway safety and protecting children, much less workplace safety.  So, employers, families,  and law enforcement are left in a bit of a pickle. 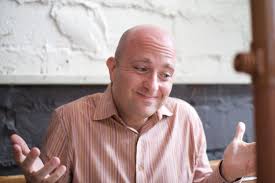 Employers now wonder. How will pot smokers affect the safety of your workplace?  Are you obligated to hire or retain marijuana users on your payroll?  How do you need to accommodate users?  Can you still drug test your employees for marijuana?  What effects will you see from pot-smoking employees on productivity, attendance, accidents, worker’s comp, theft, other?  How can you tell if an employee is actually impaired by marijuana? What are your rights and obligations to maintain a safe, drug-free workplace now that dope is legal?

Look for us to publish “The Employers’ New Guide To Decriminalized Marijuana” later this month.

Happily, there is some good news for employers.  As of this writing (11/2016), the Federal Government still classifies marijuana as a Type 1 Controlled Substance.  It is still illegal at the Federal level.

Federal law trumps state law.  So you are within your rights to maintain a safe, drug-free workplace by denying employment to pot smokers.  This holds true for newly-legalized marijuana as well as if they have a “medical” marijuana card (see Ross vs. Raging Wire ).

There’s more to read about marijuana on the JumpStart Security blog.