Over the past 10 years, we drug tested between 50 and 100 employees every day for our clients.

In the process, we have heard quite a variety of excuses for failed drug tests.

Whether you are an employer or parent being offered an excuse for a failed drug test, my best advice is “don’t buy it”.

The most common excuses for failed drug tests involve marijuana and passive exposure.  Why marijuana? Because it is the most widely-abused drug.  Why passive exposure?  Because decriminalization and Internet misinformation have left many people confused.

Examples of passive exposure excuses for failed drug tests include:

Drug tests have cutoff limits that are set high enough that make it highly unlikely (almost impossible) to create a false positive due to passive exposure.

Mix-Up At The Lab:

You might have somebody swear on a stack of bibles that they don’t use drugs.  They may claim that there must have been a mix-up at the lab and somebody else’s urine tested positive, not theirs. 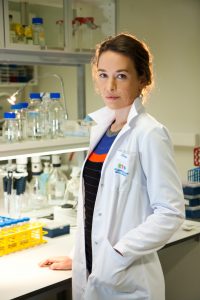 You should always be sure a non-negative screen is confirmed via GC/MS at a a SAMSHA-cleared laboratory.  And, always use a collection site that mirrors USDOT protocol.

The chain of custody procedure makes it virtually impossible for the lab to switch samples.

I Have A Prescription:

If the subject has a legitimate prescription, that will be verified via the confirmation / MRO process.  That’s why you take all 3 steps when you test; screen, GC/MS confirmation of non-negatives, and MRO interview with your employee.

HIPPA laws forbid you to talk with your employees about their prescriptions.  Even if they show you the prescription bottle, that does not prove they are not abusing the drug.  Remember Rush Limbaugh’s case.

Only the MRO is qualified to determine whether or not your employee is taking the medication as prescribed, or, if they are abusing it.

Here’s a suggestion I call the “Silver Bullet”.  If you have an employee who is absolutely adamant that they are clean.  They insist the urine

Offer to look at a hair test that they must pay for up front.  Promise to reimburse them for the cost of the hair test if they pass.  Hair tests are much harder to cheat than urine tests.

In 10 years I have seen only one subject accept the “Silver Bullet” challenge.  And they failed it.  Talk about denial.  What were they thinking?

So the moral of the story is, if you buy into excuses for failed drug tests, you are most likely letting yourself be fooled.