A new study released October 5, 2016, again confirmed that pot makes teens stupid.  Doctors Osuch and Rea, with Western University in Canada, conducted the study.  They are leading experts studying mood disorders and the effects of marijuana. 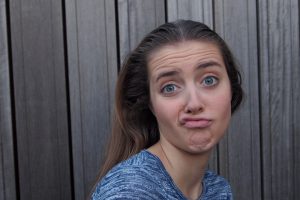 Many teens use marijuana with the mistaken belief that it “cures” depression.  The temporary “high” from marijuana contributes to this myth.  However, researchers found that teen use of marijuana actually:

What’s worse, the research suggests that the younger the teen starts smoking marijuana, the worse the damage.

That’s because the younger the brain is the weaker it is.  The brain uses the teen and young adult years to grow stronger.  Teens’ brains are still developing at this stage. And, the damage could likely be permanent.    The younger users’ brains also showed abnormal functions relative to visuo-spatial processing, memory, and reward processing.

“…marijuana does not correct the brain abnormalities or symptoms associated with depression, and using it at an early age may have an abnormal effect, not only on brain function, but also on I.Q.”

The complete research report can be found in Acta Psychiatrica Scandinavica.