It has been my honor to serve on the FBI Citizens’ Academy Board of Directors.  Recently, I saw some things that the FBI learned from the mass shooting tragedy at the Pulse nightclub in Florida.  For the first time in a mass shooting incident, the Pulse’s  onsite videocams were able to capture the actions of the victims, and those of the shooter.   As a result, we have some tips to survive a mass shooting. 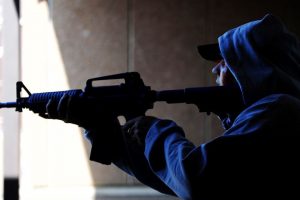 The Pulse videos showed many victims laying down on the floor offering no resistance, seeming to hope that the shooter would pass them by.  He did not.

Instead, the shooter strolled among the prone victims, shooting each one as he passed.  And when the shooter stopped to reload, they could have jumped up and overpowered him. Instead, they just laid there.  Upon reloading, the shooter shot them where they lay.

Mass shootings or active shootings have risen dramatically in the past decade.  If you found yourself in a place with an active shooter would you know what to do?  Would you run?  Play dead?  Fight? Hide?  Baricade yourself behind a barrier? 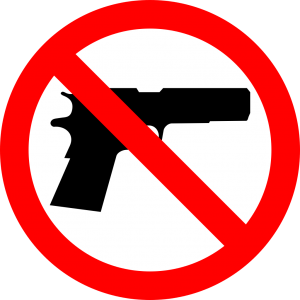 Mass shooters appear to like to attack gun-free zones.  That’s because they know that there will be no resistance to running up a high body count.  Further, they seem to be attracted to venues that will generate high media visibility.

So be especially alert when you place yourself in situations like these.

Being alert and aware of your surroundings is a basic key to personal safety at all times.  And, it can also help you to survive a mass shooting.  When entering a movie theatre, shopping mall, concert, school, religious or sporting events, or any other public place, take careful notice of your surroundings.

First and foremost, identify and remember the two closest exits in case you need to get out in a hurry.  Choose seats / pick locations that give you unobstructed access to exits.  For example, sit toward the end of a row in a theatre rather than in the middle.

Notice suspicious behaviors of people around you and report their activity to authorities present at the time.  As the saying goes, “if you see something, say something“.   Trust your gut.  If a situation starts to feel unsafe, remove yourself.

Some experts advise holing up someplace when the sho0ting starts. You are told to hide or barricade yourself someplace in the building.  I disagree.  Given the choice between hiding and escaping, I would opt for the latter.

Why?  First responders will take several minutes or more to arrive on the scene and subdue the shooter.  That can give the shooter plenty of time to find you and make you another victim.

If you are in a room with an active shooter, remember this.  You are not Bruce Willis and this is not a movie.  This is real life.  And your ability to survive largely depends on how you act. 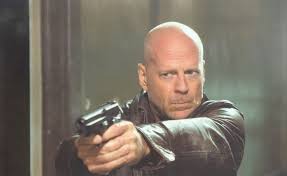 Removing yourself from the venue is most likely your best course of action and should be your first choice.

Fighting is probably your last resort if you are not legally armed and trained on how to defend yourself in a gunfight.  Going bare hands againt a gun is not a winning proposition.

But if you are out of options and need to attack the shooter to subdue him, your best timing opportunity is when he stops to reload.

The chances of your being caught in an active shooter situation are low.  However, having a plan can significantly improve your odds to survive a mass shooting.  Situational awareness is key.  And your priorities for action should be as follows: 1) Flee, 2) Hide, 3) Fight.