On May 12, 2016, OSHA passed a new Post-Accident drug test rule. Unfortunately, it left employers wondering how they could comply with the new 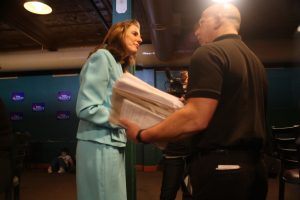 Lawsuits were filed. Motions were made. Attorneys bought new vacation homes. So, here’s where things appear to be at this point.*

OSHA’s stated intent for the new rule was….”prohibition on retaliating against employees for reporting work-related injuries”. (A solution in search of a problem?)

Employers heard this rule as a prohibition of post-accident drug testing. However, this would conflict with USDOT regulations, standard Drug Free Workplace policy and practice, innumerable state laws, and common sense.

OSHA states that the new rule “…does not impose any new obligations or restrictions on employers…” They explain further “…To issue a citation …an employer retaliated against an employee for reporting a work-related injury or illness….” And they maintain…” OSHA’s ultimate burden is to prove that the employer took the adverse action because the employee reported a work-related injury or illness, not for a legitimate business reason.”

Excerpts directly from the new OSHA rule directly below:

“The rule does not prohibit drug testing of employees…”

“It only prohibits employers from using drug testing, or the threat of drug testing, to retaliate against an employee for reporting an injury or illness.”

“Employers may conduct post-incident drug testing if there is a reasonable possibility that employee drug use could have contributed to the reported injury or illness”……examples of injuries…. “that could not reasonably have been caused by drug use, such as a bee sting or carpal tunnel syndrome.”

Post-accident drug testing remains an important tool for employers to use in their efforts to provide safe, drug-free workplaces for their employees and customers. So, don’t think the new OSHA law prohibits it.

*We are not attorneys.  So we cannot give legal advice.